On Friday the 12th April, seven brave fundraisers stepped off one of Perth’s highest buildings to support our vital community work. Every year, the QV1 Urban Descent sees hundreds of heroes abseil down the 40-storey building, fundraising to support their chosen charities. This year we were lucky enough to be supported by an amazing team of people; Andrea Jones, Brigg Ranford, Cat Kirk, Geoff Ahern, Jonathan Shapiera, Shayne Howson and Steven Jeffery.

Together they have raised just over an amazing $10,400 to support our community impact initiatives!

Cat was the first person to sign up for our QV1 Abseil fundraiser earlier in the year setting a fantastic example for the team by constantly smashing her fundraising goals. Both at the pre-event training and on the day she showed nothing but confidence, truly earning her cat-woman nickname!

Next to join the team was 62-year-old Jonathan who passionately advocated for the homeless throughout his fundraising by sharing his own story of living on the streets. After a few unexpected life events, Jonathan and his then teenaged son ended up living out of their car for nearly three years.

“I signed up for the abseil fundraiser because I want to show how close we can all become to being homeless and raise the profile of homelessness. I particularly want to create awareness about the problems that arise once you’re lucky enough to get off the streets and receive housing support. There needs to be a continued level of support and that’s what I’m advocating for. I’m taking the plunge with the hope of raising funds which will be used to further support people via mentoring, engagement and employment pathway programs.”

Whilst interviewing Jonathan for event media coverage, friend of UWWA Andrea was inspired by his journey and the determination he had to support others who had been in the same circumstances.

“I’m pushing myself outside of my comfort zone by taking the plunge down the QV1 40-storey building. It’s going to be pretty tough getting over that edge as I’m petrified of heights, but I’m doing it for an amazing cause – raising monies for the homeless. My mum was homeless for over two months when she was a young girl and it’s something she remembers vividly. Today no one should be out on the streets with nowhere to go.”

Adventurer Shayne was quick to sign up after realising he was available on the event date. Coming from a background of outdoor sports and owning an adventure camp, Shayne was by far our most experienced team member and while the thought of abseiling down a skyscraper didn’t phase him, he was passionate about making a difference for Western Australian children.

“As long as I can remember, I’ve always loved reading. It was the best and quickest portal to other worlds and as a child, you can imagine how exciting that was. My most memorable book as a child was ‘The Magic Faraway Tree’ as it had exciting stories of other worlds, quirky characters, adventure and near misses. The thing that really hooked me was the fight with the goblins that were attacking, the winning and the crew getting back the tree. Then, I turned the page and there it was…a double page colour illustration of the fight with the goblins. Every character working together for the common cause of saving the tree and winning.

I can’t imagine not having the ability to read for learning or pleasure. So I’m fundraising to help underprivileged and disadvantaged kids with their literacy skills and allow them to experience the excitement, adventure, the wonder and imagination that you find when you pick up a book and start to read.”

Our very own Community Impact Manager Justine, also managed to convince her husband and his friends to take up the cause!

Despite feeling terrified at the thought of being 40 stories in the air, Justine’s husband Brigg signed up to help disadvantaged WA families.

“I love a challenge no matter how much it scares me so I’m all in, ready or not. My wife Justine has worked for United Way WA for over 10 years and I have volunteered in different capacities in that time. I have seen how dedicated Justine is to improving outcomes for children in disadvantaged areas through her work. This is something I can do to further support her and the work of United Way WA generally. I like that they’re a small charity doing big things. Plus she talked me into it!

Family friend and Engineer by day, Steven chose to join Brigg and take on this tall challenge despite no previous abseiling experience. On the training day at a local quarry, Steven was initially a little apprehensive about stepping down the rocky cliff face, but once he was over the edge, he’s innate nature skills kicked in and he hopped down to the bottom without a fuss. Repeating that confidence on event day, Steven had a clear run down to the bottom before going straight back up to the top to strap in for the first zip-line of the day!

Rounding out the trio and our fundraising team was neighbour Geoff.
“When Justine’s husband Brigg said he was going to do it I said I’d give him a hand – I meant I’d push him over the edge, but this is a nicer alternative apparently! I remember seeing it being done years ago and said I’d love to do that – my wife is terrified of heights and she said I’d be doing it on my own – at least this way I know there will be a team of people with me!”

United Way WA thanks all the generous donors and spectators who supported our fundraisers on the day, as well as the team at Urban Descent who brought to life another amazing, adrenaline-fuelled event.

A special thank you to Andrea, Brigg, Cat, Geoff, Jonathan, Shayne and Steven for taking on this heart-pumping adventure to fundraise for our community impact work. 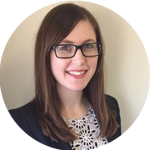 Rikki is a fundraising, marketing and community engagement guru and current member of the United Way WA team.